January 12, 2015
Social media has introduced us to a world of photos, check-ins and tags enabling us to share our experiences not only with those with us at the time, but every follower we have too. This can give the illusion that we or others are surrounded by friends in our every endeavour and everyone is always up for going out and having a good time.

Real life however, can be a little bit lonelier, as everyone is busy with their own stuff, keeping up with packed schedules or are just exploring different hobbies. Have you ever wanted to go somewhere but because none of your friends were going you passed up the opportunity? I’d hazard a guess and say it’s probably happened once or twice.  Maybe it was a gig, or going to a new film or just out for a coffee, there can often be a long list of things that we want to do.

While it’s definitely great to enjoy these things with people, they may not always be ready to go. And if it’s the case that no one is available, is it weird to go anyway? Going out alone can be an uncomfortable area to venture into, especially if you’re self- conscious and sensitive to that constant contemplation of ‘what others might think.’

Wherever you go though, you are always there. You are your own company, so it’s a good idea to get comfortable being solely with yourself. I swear, developing a relationship with yourself isn’t just a nice way of saying ‘I have no friends’ but a key part to becoming at ease within your own company, becoming independent and secure with who you are without external validation.

This is something I started looking into because sometimes, circumstances dictate that people won’t always be there to accompany us. With a recently acquired zest for life, I’ve found that I am not going to miss out purely because I don’t have a plus one all set to go at all times.

I want to be getting out there, getting involved and experiencing music, poetry and film whenever I can grab the chance. Even if you’re just branching out into a new interest that you haven’t managed to convince anyone else to try, it’s worth pursuing regardless of the fact you may be doing so alone.
There’s so much to do and experience that we’re depriving ourselves if we lean on the excuse of having no one to go with.

So, battle the question of ‘What will People think’ and just get yourself out there.

Initially, going places on your own can be difficult. Not only is it much easier to cancel plans, but it can also leave us feeling vulnerable. Suddenly the crowded room is full of couples or groups and it can feel like everyone is wondering who the loner in the corner is.

I’m not going to lie, it can be uncomfortable. And I’m not going to act like I never felt that. But after that initial indulging in feeling inferior, I stood a little taller and figured that if they were looking my way, they’re missing the show. If they feel bad for me, they mustn’t have done this before themselves. If they’re embarrassed on my behalf, they’re the only ones feeling that.

When we embrace feeling vulnerable it makes us more open to connection and being real with people. Anything I have gone to on my own was because I had a genuine desire to go and see something, and I could experience that completely because that’s all I was there for. Besides, if you’re going with the wrong person, you can end up feeling just as alone anyway.

What I’ve found is, if it’s a gig of music or comedy or whatever, you’re already sharing a common interest with everyone there. You’re a significant part of something, you’re contributing an energy to the room and if you weren’t there not only would you have missed out, but the room would have been different too.

Plus it’s not like you can’t meet people there aswell. Whether they’re there with others or alone too, you already have a mutual talking point to kick-start conversation.

It’s worth trying out and embracing the events that you actually want to enjoy. Exploring places alone means you can follow your gut and just go with it, getting to know yourself better along the way and strengthening interests while you’re at it.

For me, it’s built up my own inner security. It’s provided another option that allows me to go to whatever I want and enjoy things I would have missed out on otherwise.

It has opened the door to me discovering what’s out there and grabbing it with both hands.

Why not try it? 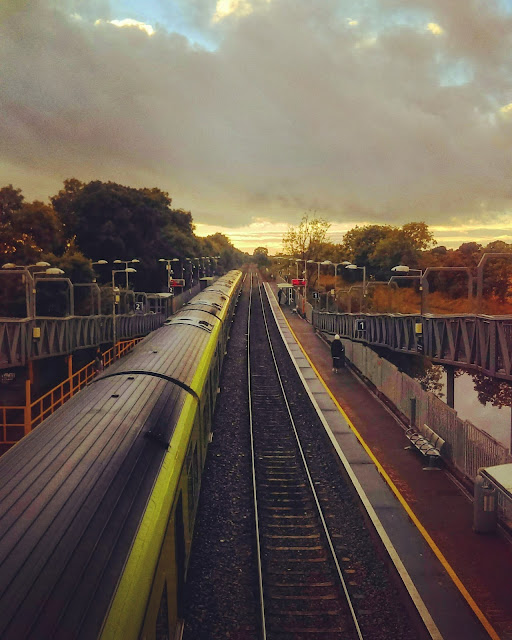