Feeling suicidal is temporary. The act of suicide is final.

January 26, 2015
I think we can agree that feeling suicidal is a feeling (hint: it says it in the phrase!). And the issue with feelings is that they are not facts. We can feel like a burden, but we are not a burden. We can feel like a failure, but we are not a failure. So, relying on feelings is a risky way to live your life. Because feelings sometimes aren't truth. In fact, they're often not the truth.

The other issue with feelings is that they change. A lot. You've probably felt at least three feelings since reading this post. And probably felt one hundred feelings since yesterday. And if you can realise this, they hurrah- because you'll also understand that helpful phrase: This too shall pass. It's true though. Those deep (and frighteningly dark) feelings of wanting to end your life can and do pass.

Many people are alive today and are able to explain the feeling. Many people have survived feeling suicidal, because as we discussed, feelings change. A lot. And sometimes we have to just stick around long enough for them to change.

I know some wonderful people, myself included, who felt that very scary suicidal feeling. Sometimes it was fleeting, but sometimes it hung around like a bad smell. But those same wonderful people are here to tell the tale. And since I am not writing from the other side, then you'll know I made it out too.

Something which really helped me was that quote by someone (presumably very wise) that goes like this: Don't make permanent decisions based on short-term feelings. And I think that's pretty smart, don't you?

Sometimes I get very excited when shopping, and feel very adventurous. I could act on those feelings and spend all my money in one go. But of course that adventurous feeling will pass and I'll be left with no money. Sometimes it can seem like a very smart idea to sign up to something because we're in that frame of mind. Then feelings change and suddenly we're regretting it.

That concept works for suicide too. Suicide is very very final. You cannot undo it. Once it's done, it cannot be undone. But feelings change, and sometimes it's worth riding out the tough ones because we never know what the future holds.


It's worth it, we promise! 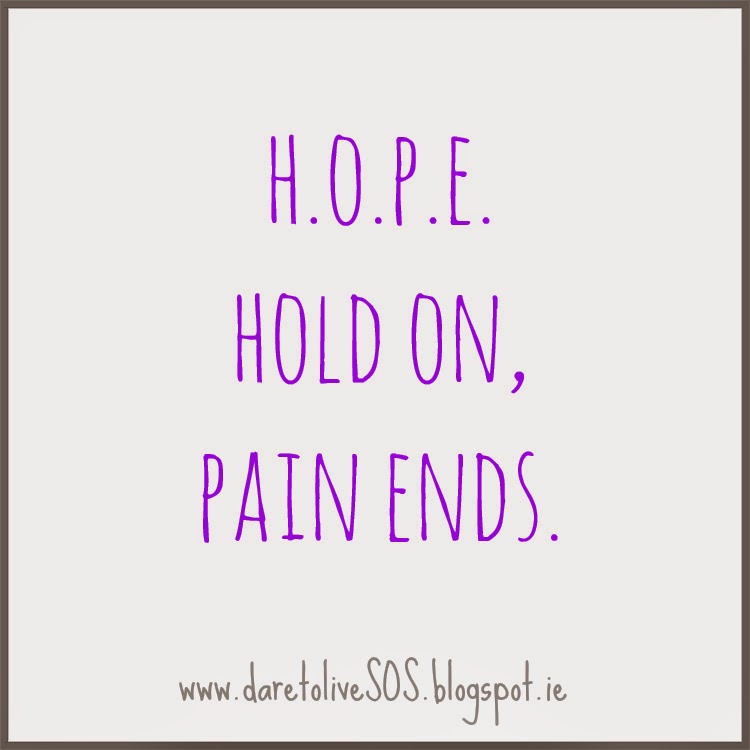