November 11, 2014
It's with great honour we share, with permission, a personal story by Murtough Ware. The young footballer from Carlow has some wonderful words of hope. He got through incredibly dark times and is sharing his story to inspire you to hold on. He fought through severe emotional distress, self harm and suicide attempts, and is living proof that things get better. He did it, so can you! Please stay on this planet long enough to realise that life is worth living. Thank you, Murtough!


MY STORY
by Murtough Ware 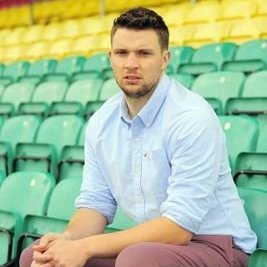 I was 15 years old, lying in bed I didn’t know what was going on. Everyone thought I was happy go lucky, living a carefree life. The truth was I was dying slowly on the inside. I felt numb inside and had no interest in life. I wasn’t able to get up to go to school or even face the outside world. Lying in bed all day but had no clue what was wrong with me. All I could see was darkness and all I could hear was negative voices in my head. I was my own worst enemy. I was sent to the doctors where I was given medication that only worked for a short while and then I was advised to go see a therapist. I had no idea what I was doing there and dropped out straight away. I didn’t think there was anything wrong with me. I was too young to admit to anything. I was filled with a feeling of loneliness and sadness all day every day.

This continued and even though I was advised by family to go see my doctor, there was no moving me. I had a few good days here and there but felt miserable on the inside most of the time. As I turned 18 I was getting worse and fast. Insecurity and anxiety crept in alongside my low moods. I couldn’t relax in myself. I was constantly worrying about things that weren’t there always imagining and seeing the worst possible outcome in everything. At this stage my confidence was quickly disappearing. I was nervous around people. I had no belief in myself. It felt like I didn’t even exist.

I was suffering through this torture alone. Nobody else knew about it not even my family or friends. They would have probably laughed back then because they all thought I was full of confidence growing up playing sport and going through school. No one knew I was wearing a mask. It’s so easy to cover up mental health problems. On the outside I seemed perfect, on the inside I was going through hell. I was so young that I didn’t know what was really happening. I thought it would have been stupid to tell someone how I felt. How wrong I was.

The pain was only starting properly as I reached my 20’s.

Things really started to take a turn for the worst. I continued to lie to doctors and therapists. I told them I felt fine that I didn’t need any help. Around this time I started to lose my will to live. I can’t describe how it felt to going asleep at night and hoping I wouldn’t wake up. I cried myself to sleep. My one wish was to be dead. All I wanted was to be happy, something that seems so simple but yet was ruining my life. In all this I noticed something. I was so self-critical that it was killing me. I could see nothing only the bad things.

As I turned 21, things got so bad that I made an effort to take my own life. I had enough. I wanted this pain to stop. I was admitted to St. Patricks University Hospital in March 2012. I was terrified. I met my doctor and there I was diagnosed with Borderline Personality Disorder. This involves many things including features of depression, mood-swings and anxiety. This was also the reason I was so self-critical. Amazing and all as the staff and the hospital were, I still wasn’t ready to admit to my problems. I discharged myself stupidly and tried to convince myself that I didn’t need the help.

As 2012 went on things got worse as I began to engage in different types self-harm. This took the pain away from my head and relieved me somewhat but was only making things worse. I became suicidal on a regular basis still wishing that I was dead. People say self-harm is a form of attention seeking but those people doesn’t understand the pain and suffering that goes with mental illness. Self-harm becomes a horrible addiction and when you are so sick it feels like the only way. As the year went on I continued to play football for my club Eire Og. We played Portlaoise in a practice game one night and as the game went on I felt like I was somewhere else. I was so down on myself by this time that my confidence had completely gone. I started to cry on the pitch and asked to be taken off. I cried my eyes out in the dressing room. Suicidal thoughts and urges had taken over my life. This happened to me on more than one occasion playing football. From this point on I knew I was in trouble. Football had been my only break from my suffering but now it was gone too.

In January 2013, I made another attempt to take my life and thankfully someone was looking down on me. I had sent a few of my friends a text to say goodbye that night and luckily I woke up the following morning without any damage. Nobody deserves a message like that and I still regret it. I was re-admitted to hospital in April and spent two months there where I really worked hard but the self-harm and suicidal thoughts still continued throughout the year. The self-harm really took over my life. In August I started to attend Pieta House. What an amazing place and a life saver. But in November I was yet again re-admitted to hospital where I spent 6 weeks. This time I stuck with it till the end and eventually came out the better. There were days in there I felt like I’d never get out or return to my normal life. I was eventually discharged and got back to normality.

In the past year I’ve still been working on getting things right. I’ve gotten back to football, college, etc. I am still a long way off full recovery. Each and every day is a battle and can be a huge struggle but I keep digging in. I’ve had setbacks and will continue to do so but giving in isn’t an option.

I wrote this to let people know its ok to feel like this especially young people. We have to get rid of this ridiculous stigma and save more lives. I have no issue with my problems. I am proud for what I’ve been through. I’ve been to hell and back. Telling my family and friends was the best thing I did because I received so much support. I would urge anyone who is suffering to look for help and to tell someone how they are feeling. It saved my life. I owe everything to St Patricks University Hospital and Pieta House-two amazing places where I got all the help I needed and met some inspirational people along the way. I also owe everything to everyone that supported me throughout my battle and continue to support me-my brilliant family, the best friends in the world (whose patience I tested so much during the last few years). It’s the toughest thing I’ll ever face and nearly killed me but I’m not afraid anymore and I really want others to speak up, seek help and save their own lives. Mental illness is beatable. We don’t need to be losing people over it. It’s an illness not a weakness.

Any thoughts on this? :)