Choose to get better

November 29, 2014
A very difficult concept I had to learn was that of choice. It's a difficult pill to swallow, excuse the pun. But there comes a time when we must accept that we have choices in life, and sometimes we must choose to do the hard thing, because it's the right thing. The easy thing is often the self destructive thing. If you've spent a long time tearing your house down brick by brick, then it's pretty challenging to suddenly decide you'll build it back up again. It seems weird and unfamiliar.

I have struggled with this choice business because I felt like the way I was feeling must be all my fault. That the destruction I had caused in my life, and my family's lives, was on purpose. But no no no, silly me. I never chose to become mentally unwell, but I did have to choose to get better.

Don't be scared of Choice. Making a choice towards wellness is one of the most empowering feelings in the world!

If you don't choose to engage with the process of feeling better and getting better, then you'll stay stuck forever. Sometimes you have to take a chance on the advice given to you, and put your trust in someone else's judgement.

"You must make a CHOICE to take a CHANCE, or your life will never CHANGE"

In recovery from an eating disorder, a lot of it is done with blind faith. I was so stuck in what I believed was right, that it was pretty challenging to back down. I found it hard to trust someone because it felt like they were telling me the sky is green and pigs have wings. But I realised my way certainly wasn't working for me. So maybe it was time to hold up the white flag and agree to try it someone else's way. 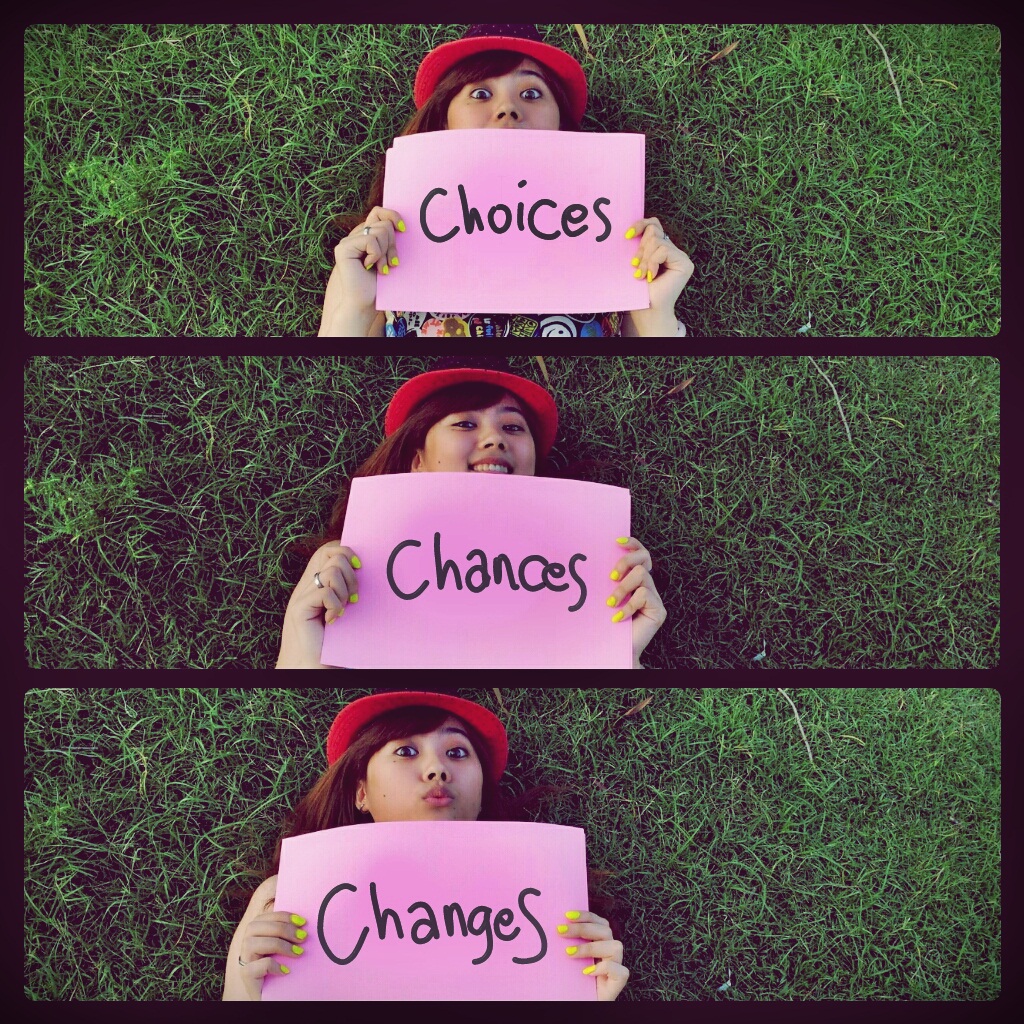 Taking chances with other people's advice is an important part of healing from a mental illness. It won't be the easiest thing, unfortunately. Imagine the negativity is like a river flowing downstream, and you're sitting in a little boat. It's much more difficult to row in the opposite direction as the water is heading. The easiest thing is to allow the river drag you downstream. It's easier, but it's not the right thing to do. You have to choose to paddle against the river. And it's hard, tiring and feels yuck- but it's the right thing.

Sometimes the choices we have are simple, like to have a shower or to stay in our pyjamas.  Other times they're much bigger- it might be to start working in a job that will give our day some structure and allow us some pride at earning a few bob. Both can seem almost impossible, but we have to choose to do the hard thing that will ultimately help us. The choices are personal to each of out journeys and they change as we progress towards freedom.