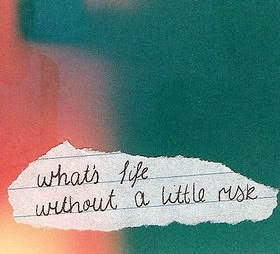 The weekend is upon us. Have you anything you have decided to do to add a bit of fun and LIFE to your Saturday? If not, why not try something different? One tip to living a free life is the gift of spontaneity! Many people live by rules, by structure and routine which is all well and good but sometimes it is nice to be spontaneous ! Why not give it a shot? Sometimes the most unplanned random things can be the most fun! Why not go all out and do something completely out of the ordinary for you?


If you like the outdoors or adventure why not take a trip to the coast try a bit of surfing? Go for a hike? or kayaking?
Do you like comedy? Why not invite a friend out to a comedy gig in the city?
Being spontaneous doesn't even have to be doing something major. The simple act of deciding to do something at the last minute is enough. A lot of people panic when faced with something not already on the 'schedule' for the day. (been guilty of that one) Simply a friend suggesting to go for a drive in an hour is enough to set you into a frenzy! Instead of making an excuse not to , why not just say yes? What is the worst that can happen? You may enjoy yourself and realise not everything needs to be planned. Live in the present moment and take things day by day minute by minute.
The word spontaneity derives from the Latin word Sponte meaning 'of ones free will' . Spontaneity is often described as the purest expression of freedom.
So how about putting this gift of freedom to the test this weekend? Sure give it a try. You have nothing to lose.
Love
Dare To Live SOS